Three post in one year!  Somebody stop me I’m on fire.

Just a quick update to prove I am still alive and slowly plodding along on cleaning up the lead pile.  The original plan for this year was to NOT buy any new lead, and make at least some minimal progress on the lead piles.  But as they say, no plan survives contact with Historicon planning.

First up from the lead pile are a couple of Artillery Batteries.  As I think I’ve mentioned before I paint my Russian Batteries as 3 stand batteries to reflect the larger 12 gun batteries – although in conventions (and most local games) they are represented on the table as two stand batteries.

On to the photos.  As always, click to enlarge if you’re feeling brave.

These are Elite Miniatures Russian Guard Artillery figures.  These are the first Elite figures I’ve painted.  They’re pretty ‘clunky’ figures, and definitely lack the smooth lines of the Front Rank figures.  I’m not sure the plumes are painted the correct color, and they would be more appropriate for 1815 or so.  Odds are they’ll never end up on the table, but it wouldn’t be the first unit I painted that will never get used. 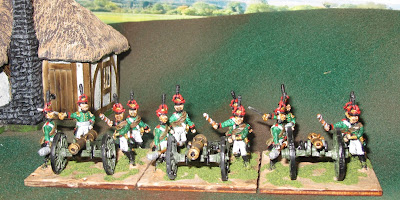 Auto focus on the camera was acting up on this one. 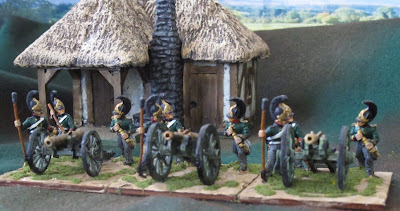 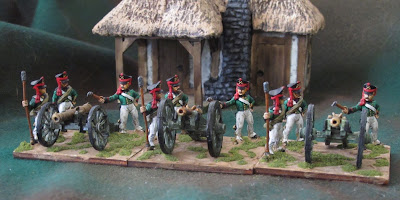 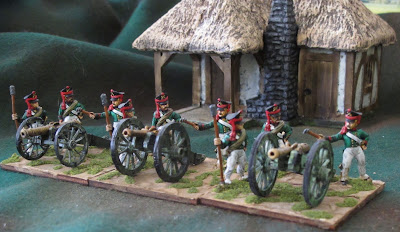 In sorting through the lead pile I stumbled across this mounted commander in a Kiwer that I had forgotten about. 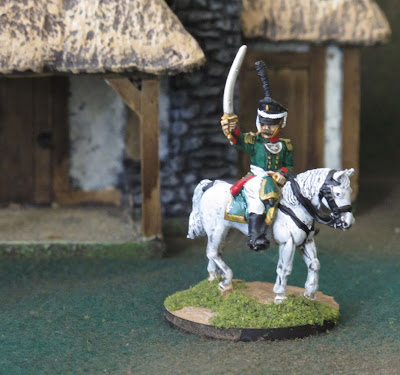 And the only unit in todays post that is ‘new’ lead, the Ekaterinoslav Cuirassier Regiment.  These are also Front Rank figures.  And there's that same house in the back ground.  Whatever is in it must be important? 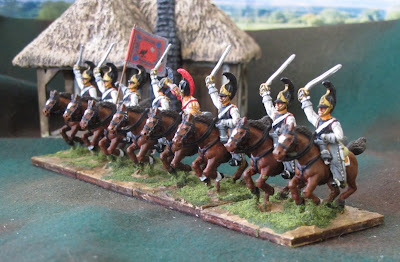 Looking at these photos I see I forgot to paint something.

I hope to see some of you at Historicon later this week.