Russian's and Prussian's Oh My

Wow, it’s been a long time.  After taking about a year off I finally picked up a paint brush again.  It’s amazing how quickly I lost my limited painting skills.  In any event, below are the results of the last two and a half months.  I apologize up front for the quality of the pictures, (and the painting for that matter).

My Russian Dragoons have become somewhat of a local joke.  While I was very pleased with the quality of the paint job on them, their tabletop performance left everything to be desired.  Those big Front Rank figures didn’t finish a single battle still on the table for the first year or year and half.  So, naturally, I decided to paint another unit.  You can really tell the effects of almost a year without touching a paint brush on these guys, not all that great of a paint job, hopefully that means they’ll kick ass on the table. 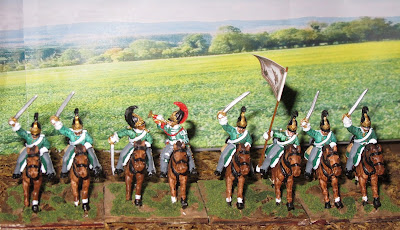 Oops!  Looks like someone reversed the two command stands in the photo, flag barer should be next to the officer... My bad

And if you’re painting any Napoleonic Russian’s, you’re required to paint at least one artillery battery at the same time.  (Yes, it is an actual requirement, because Russian, and because Peter keeps on painting more $%&^ French Artillery) 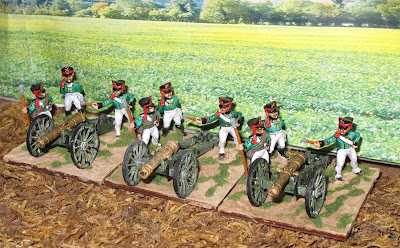 I paint all of my Russian Artillery batteries as 3 stands to reflect the larger number of guns.  The above is a 'medium' battery denoted by only having 3 gunners per stand, a 12# heavy battery would have 4 gunners per stand.

To me, Prussians are a good ally to paint.  Depending on the year, they can be allied with the glorious, righteous forces of the Czar, or with the vile, despicable forces of Napoleon. 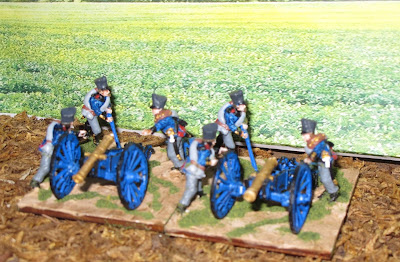 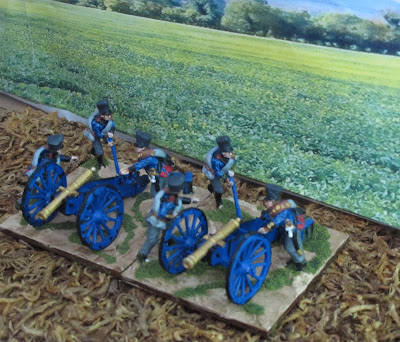 would have been more fun if I could paint better).  Price and figure size wise they're compatible with Front Rank. 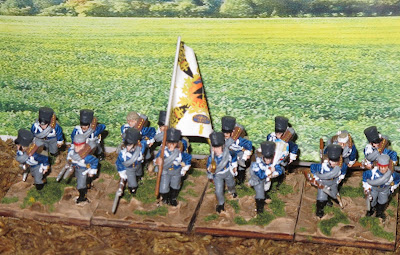 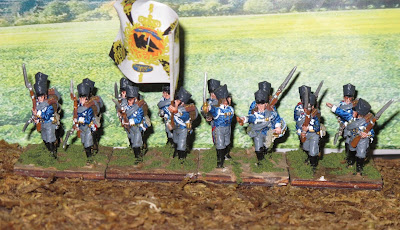 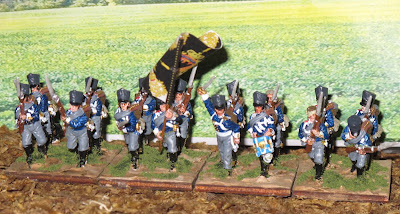 And finally, Landwehr cavalry, almost Cossacks, but with much snappier uniforms. 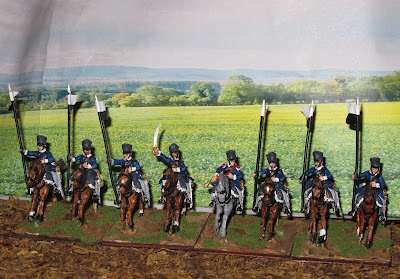 I hope to see some of you later this week at Historicon.