Before moving on to the Rubishland front, I wanted to capture the results of the initial morning assault by Gardenstan.  Some of these losses will be recovered, eventually, but not before the battle at Munnerstadt.

Gardenstan committed 2 BTR Motorized Rifle Regiments and 1 T-55 Tank Regiment to the assault.  A trailing T-72 tank Regiment has not yet been engaged.  They succeeded in securing their bridgehead and have blocking/recon forces stationed to the East and West of the crossing along the border road.  To the East, Gardenstan Recon units continue to advance attempting to link up with the Rubishland forces as the advance into Wilhelmsland.

And 12 platoons of dismounted infantry destroyed/removed

Wilhelmsland defending forces which arrived piecemeal and ultimately had to concede the bridgehead had the following results:

And 6 platoons of dismounted infantry and 1 dismounted 4.2” mortar and crew

If the Wilhelmsland command can get its act together it should be able to mount an impressive defense of Munnerstadt. 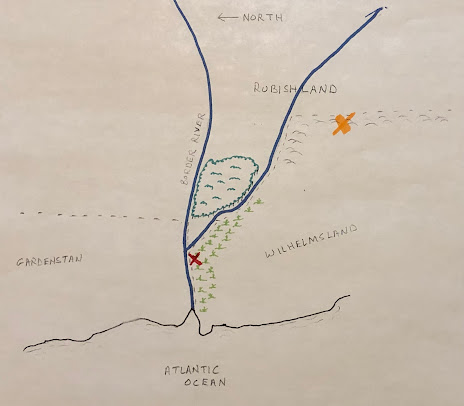 I hope to have the table set up for the Rubishland Front initial battle by the end of the week and will play it out as time allows.

And I think I'm going back to the one true scale and era on the painting table, we'll see how that goes.

And finally, a belated Happy New Year to all.

I hope everyone fared well during the ‘Polar Vortex’, for once I actually had good timing and missed it. 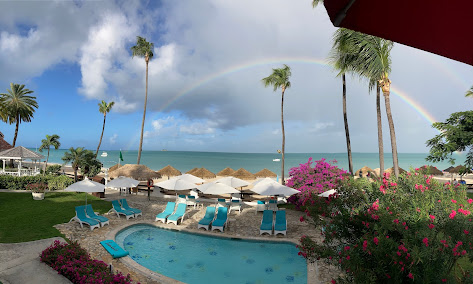 “Not Maine” on the morning of the Czarina’s birthday.  One of 3 full rainbows we saw on this trip.

Czar Barry
Midcoast Maine, United States
I started historical miniature wargaming in 1983. By way of this blog I hope to focus my activities and keep myself motivated.