Sometimes dreaming up a title for a post can be a real hassle.

So, a while back I was digging through my 40K stuff and found some unpainted non-40K figures (but I think you'll recognize them). While priming them I decided to buy 2 more Sci-Fi figures that I've had my eye on for a couple of years now.

As I didn't have  enough time between houseguest to play out the next battle in Eurica, I decided to quickly put brush to lead.

I think everyone will recognize the first batch, but the second batch is a little more esoteric, having only one season, and one movie. 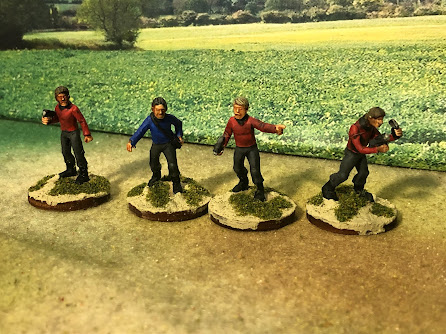 3 Redshirts and a Dr./Sciencey type.  Figures are from CP Models.  They list them as 28mm but the appear to be more of a true 25mm  but they look ok next to the others, just a little scrawny. 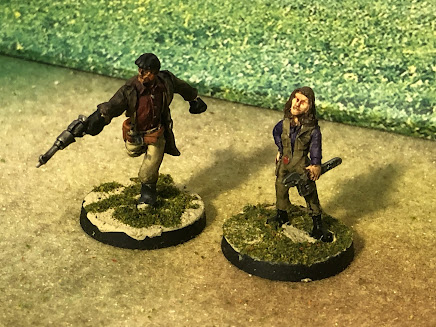 The Captain and the Mechanic (kind of sounds like an amalgamation of a couple of 1970's bands).  Figures are from Heresy Miniatures, Smugglers and other anti-hero range.

And for their closeups. 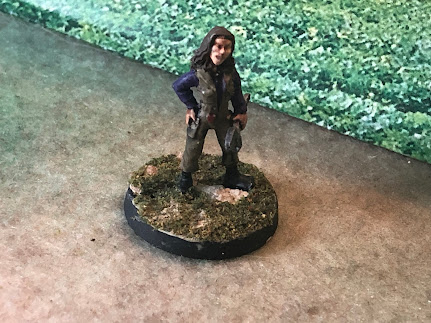 Shiny!  Unfortunately the photo doesn't do her justice. 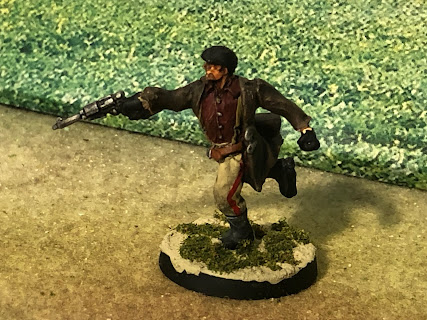 "I am to misbehave."  I love the action of the sculpt.

Hopefully in the next week or so I can get the next battle in the Eurica campaign set up, played out, and posted.  Try to stay cool with all of this insane heat and humidity we're having in New England.